Prayer Stations recently attended the Youth With A Mission Leaders Conference at the Bonclarken Conference Center in Flat Rock, North Carolina. We had an amazing time of fellowship and educational sessions, led by Renaut van der Riet and Phil Manginelli. We had the opportunity to setup a Prayer Station and a couple of the new Prayer Station Flags for the leaders to check out, and we also had several cases of the new book out by Prayer Station Founder, Nick Savoca.

By the end of the week, we had sold out of the Prayer Stations & Prayer Station Flags we had brought with us, and taken several other orders. We have already received amazing reports & pictures from YWAM Philly, who are using Prayer Stations to get many salvation and re-commitments to Christ.

To learn more about Prayer Stations, or to order one of your own, please go to: www.prayerstations.org 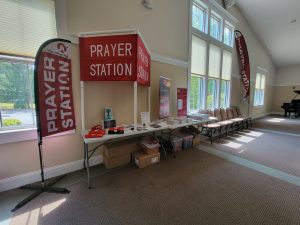 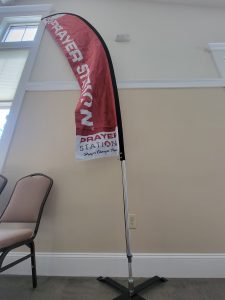 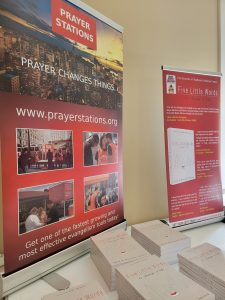 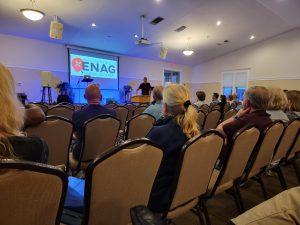 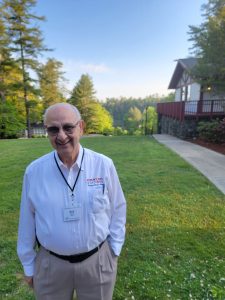 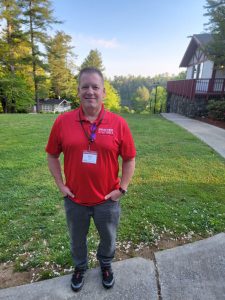 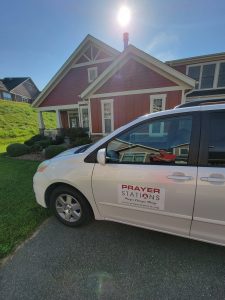 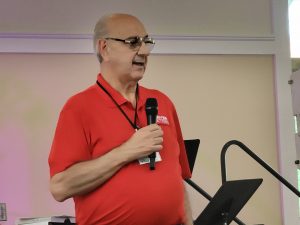 Busy day at the prayer stations in Philadelphia... 16 have come to Christ so far this week!! 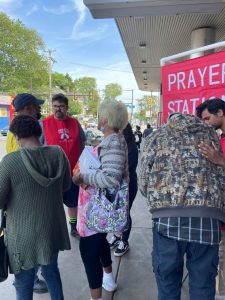 Changed lives are exciting to see, and be a part of!! 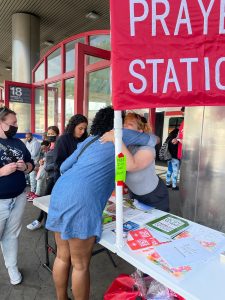 She was smoking pot, but then received Jesus!! 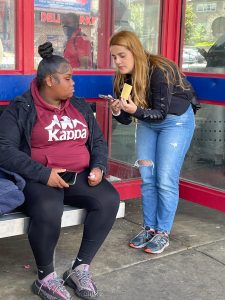 Busy... we prayed with over one hundred people in one day!! 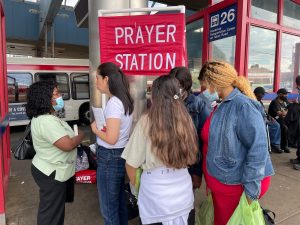 These 2 girls just accepted Christ with joy! We love the new aprons! 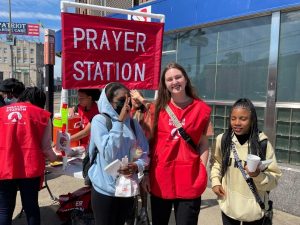 For more information on how to get your Prayer Station and start making a difference in your own community, call us at 888-686-5550

Here are some updates from YWAM Kyiv:

Update 1:
Thanks for your prayers. Been on the phone for a few days now. It's quite intense there. War is a different reality. I had hoped that the western nations would have intervened. Sanctions are not of interest to Russia. They are not materialists like westerns. That's another story.
Pray for our YWAM family. Some have left Ukraine a week ago. Others are driving now but there is terrible traffic. Crime is now increasing and it is not safe to be out. Pray that our staff can get across the border to Poland or Hungary. Many have families with small children. They are sad to leave but know it's right. We have some Ukrainian staff staying to minister to the hurting and watching the facilities. Some finances are needed to help them. Gasoline is difficult to find and food lines are long.
Some friends who live in the city apartments will go to a local bomb shelter or down the metro system. Some are sleeping in the apartment garage but the temperatures are cold. They are praying, singing, calm but concerned and heartbroken. A few of our friends are very ill and can not travel out even if they wanted to. We are praying for them. It's been difficult to talk with them on video as we feel helpless. I can not reach one young couple today where the fighting began. They usually respond immediately. Pray for their safety. Maybe the internet was cut.
We are getting reports that the Ukrainian military has had some success and are holding a line in various places. You will not see this on the news yet. It is early though and Russia did not expect such a resistance.
Update 2:
Thanks for your prayers. Yes, you can share.
We're raising money now through a charity we started with some former YWAMers to fight human trafficking. It's now used to help support various humanitarian needs. People can give through: sozocharities.org. The request for funds are for food, gas, travel across Ukraine and medical expenses. We could use $10,000 to help with immediate needs.
Here are some more requests for prayer:
Pray for Yeghor who is 23 and fighting on the front line in the Donbas area. He's just a kid, my daughter's age.
Pray also for YWAM staff living in 2 villages about 30 miles from Kyiv. They are quite frightened. Other staff fled to western Ukraine but it's not safe there either. Lines to cross the border to Poland are over 24 hours. Some of our staff and friends are still in Kyiv and watching from their apartment windows and going to bomb shelters when sirens are ringing. The Russian's are now bombing civilian neighborhoods claiming that the Ukrainian military are hiding weapons there. The Ukrainian army is fighting bravely. Sad that the international community is not helping.
Going to DC now to give Ukrainians the support but they need more Americans to call their representatives.