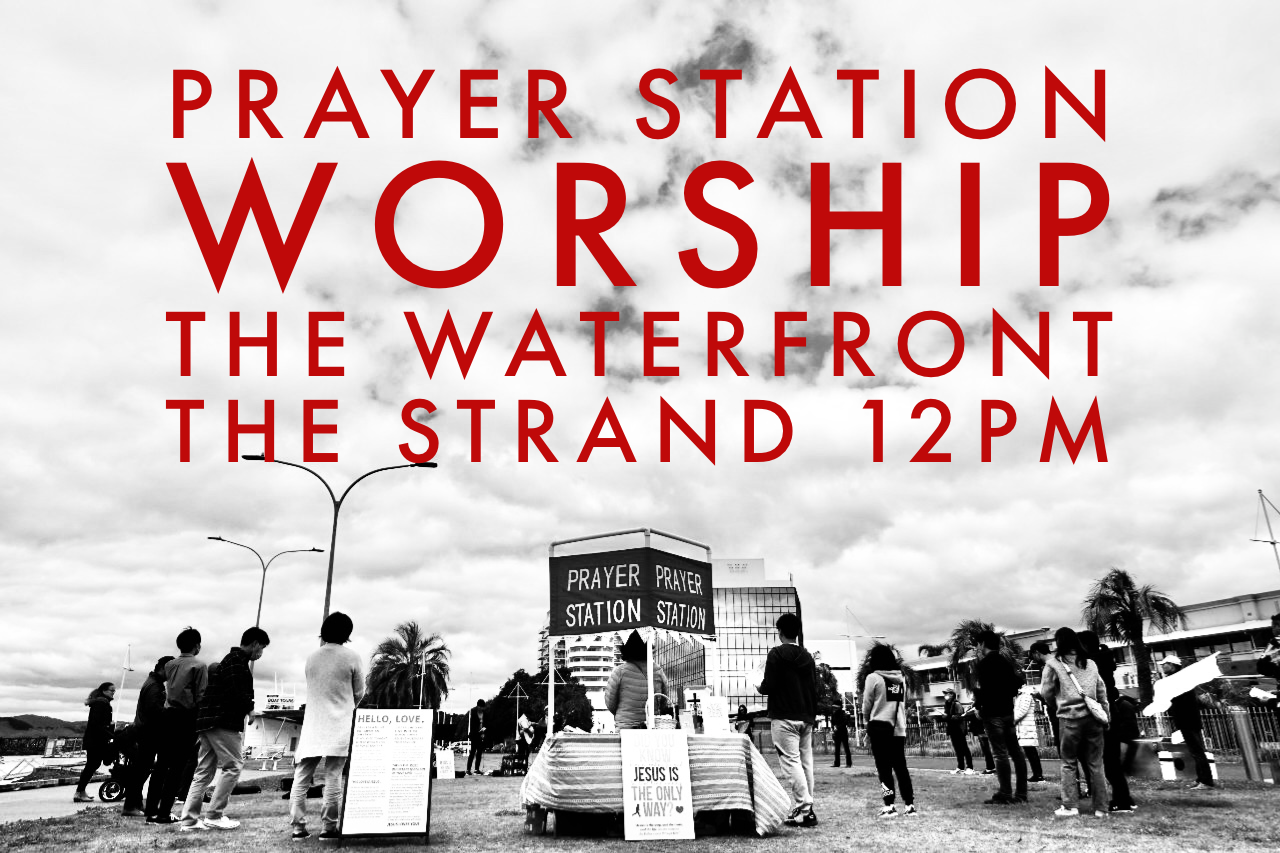 We purchased a new Prayer Station - after many years of use - with one or more parts broken. So we got a new one after 15+ years of weekly use. We thought the old one had seen a better day, but hoped that visiting teams coming through might want to use it.

Instead, God put in on the heart of a Korean Presbyterian policeman and his wife, so it's now being used weekly in the Bay of Plenty.

In recent months new volunteers from the community have come on board to help. One couple in particular, he's Pakeha, she's Japanese, have really made a difference. After they started coming a couple months ago, she told her husband they should bring some coffee & tea. He agreed. It went well.

The next week they added some cake. It went even better. Then they started adding sandwiches. And others started helping.

The crowds - and openness for prayer - have grown substantially. Sometimes they're continuing long after our scheduled 10 pm close.

Reminds me of God leading YWAM to add Mercy Ministries to our evangelism in the late 70's.

Thanks for sharing this ministry with us.